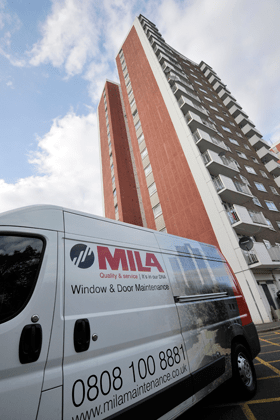 A fire deliberately started on the landing area of an L.A. block of flats.

The fire was contained on the landing area and prevented from spreading thoughout the building. Harmful smoke from the fire was unable to enter the flat due to the crucial fire rated seals. The intumescent strip rapidly expanded when exposed to the heat, effectively sealing any gaps around the door frame, smoke gasketing further prevented the passage of any smoke into the flat and the door hardware including the cast stainless steel door handle withstood the extreme temperatures of the fire. The emergency services were given time to arrive on the scene, extinguish the fire and the lives of the occupants were saved.

How we resolved this