Mila Maintenance site engineers undergo first aid training as a matter of routine. It is one of many things which the Social Housing specialist maintenance contractor does over and above just the actual job on site; it is a part of ensuring that all their engineers are fully skilled in every regard to cope with any eventuality which might occur whilst carrying out their role.

For one little boy in London just before Christmas the training that Mila Maintenance engineer Graeme Hastings had undertaken really proved its worth; whilst running near his front door he slipped and banged his head on a wall. 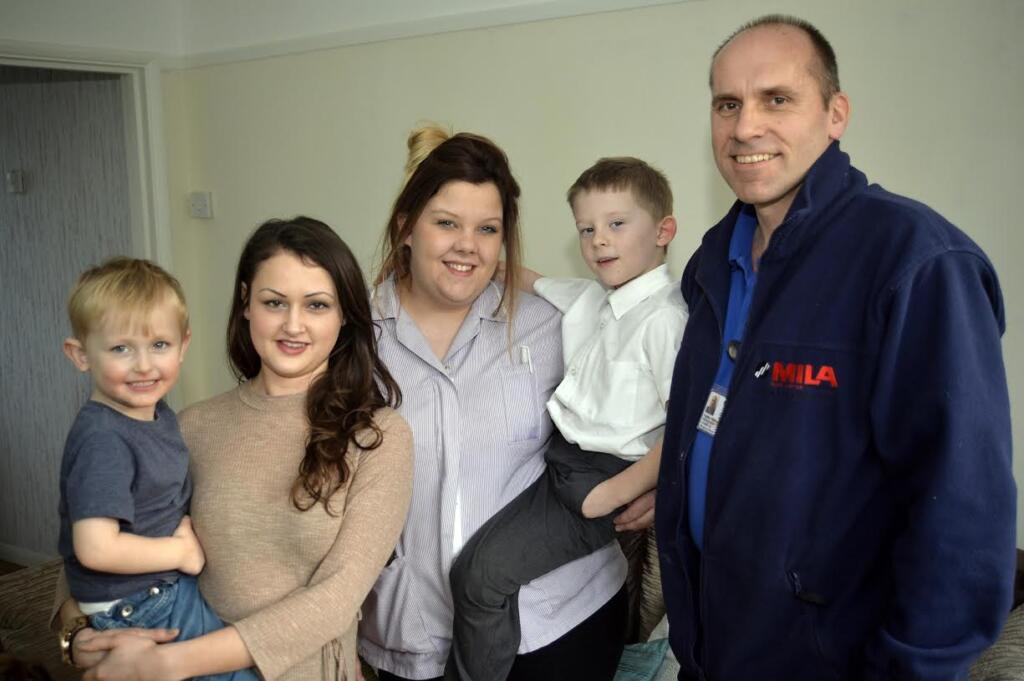 Graeme had just attended site for the day on a scheme in Northfleet for Gravesham Borough Council and was about to start work when he saw the boy dazed and bleeding. He immediately went to see if he could help and carried out first aid whilst the boy’s Godmother phoned the emergency services.
Graeme waited with the little boy – Connor until the ambulance arrived and took him to hospital where he was assessed and treated before being allowed to return home.

Talking about the incident Graeme made the point “without the first aid training I had undertaken it is likely that I would not have known what to do. It was really scary to see this little boy stricken the way he was, and hopefully I was able to play a small part in just taking the first steps to help him and keep him calm until the emergency services arrived”.
Connor’s God mother Charlotte Pay expressed her appreciation when she returned from the hospital later that day “I just want to say a huge thank you to your workman Graeme. He was about to start working at my house when my God-son tripped and hit his head on a wall; he soothed him as I called an ambulance and held a blanket to his head mopping up the blood and got antiseptic wipes from his van. Without him I would have fallen to pieces”.

“He also made sure I was okay before he left my house – he must have been in shock himself as the injury was horrible. I’d like to pay huge compliments to him for going well beyond his duties! Please let him know my godson, Connor, is making a speedy recovery”.

“After everything he did, I just came home to a beautiful bouquet of flowers signed from your wonderful company, thank you for being so kind”!

In January at Connor’s request the pair were re-united so he could say thank you in person, and his mum Jo expressed her thanks as well “It would have been so easy for anybody to walk by and not offer to help; we were so lucky that Graeme was on hand and knew exactly what to do, Connor was very lucky and we are all very fortunate. I cannot thank Graeme and the whole team at Mila Maintenance enough for their kindness and support”.
More about Mila Maintenance milamaintenance.co.uk 0808 100 8881 @milamaintenance