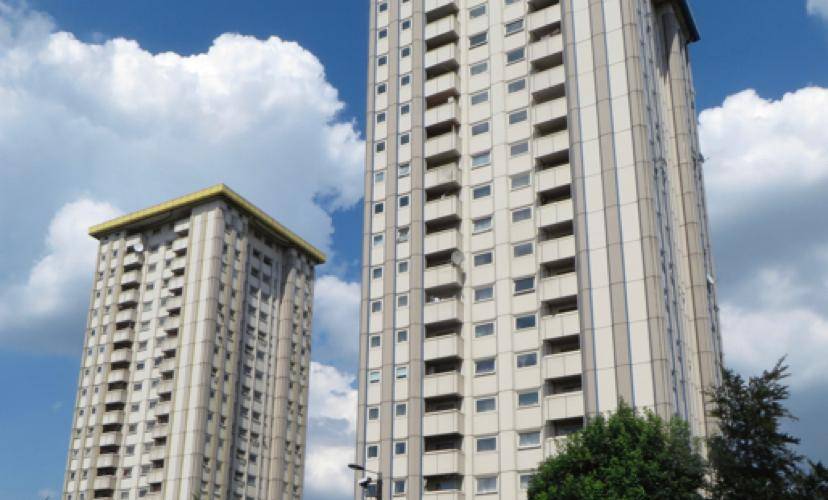 Specialist social housing window and door contractor Mila Maintenance and Installation has been chosen to install new Fire Doors into six blocks of flats in the London Borough of Camden.

The blocks on the Ampthill Estate were identified late in 2017 as needing new fire safety measures, and Mila Maintenance and Installation were chosen to carry out the works.

Contract Manager Dean Bradford identified the company’s experience and expertise as key factors in being chosen to carry out the works.

“The installation of Fire Doors is a very specialist trade, it is not something which any installer can do. We were employed because of our expertise in the area and accreditation as BM Trada Installers who could certify the installations ensuring intended fire rating performance post install”.

“This was important to the contractor and to the client – the installation of fire doors is not something you can take a risk with”.

“This particular contract consisted of six blocks of flats, three were to have FD60 and three were to have FD30 doors fitted; residents had a choice of two styles and a range of five colours, which meant a lot of consultation, but the impact on the blocks has been really positive”.

“It was also good that residents could play a major part in defining the identity of their living accommodation even when it comes to installing such serious measures as fire doors”.

“We all recognise it is a very testing climate for Clients & Contractors completing FRA works at this time, but working in high-rise blocks is a real specialism of ours, and something we have done for nearly 30 years now”.

“The contract was well managed and ran smoothly, given the ambitious time frame works were undertaken in, and hopefully both residents and the Client (London Borough of Camden) have extra peace of mind that all installations have been competently carried out by a qualified and professional company, and all Certification has been issued reinforcing this fact”.

Dean Bradford is Installation Operations Manager for Mila Maintenance and Installation and is a part of the Senior Management Team. Based in Sheffield he spent the first five years of his time with the company on sites in London where the daily challenges of managing large contracts whetted his appetite for personal development and how this might benefit the company by opening up new avenues for business.

Do you like this post?
Previous Post Mila Maintenance among the first companies to pledge support for a new industry initiative aimed at bridging the growing skills gap. Next Post Hackitt Review - An Independent Review of Building Regulations and Fire Safety